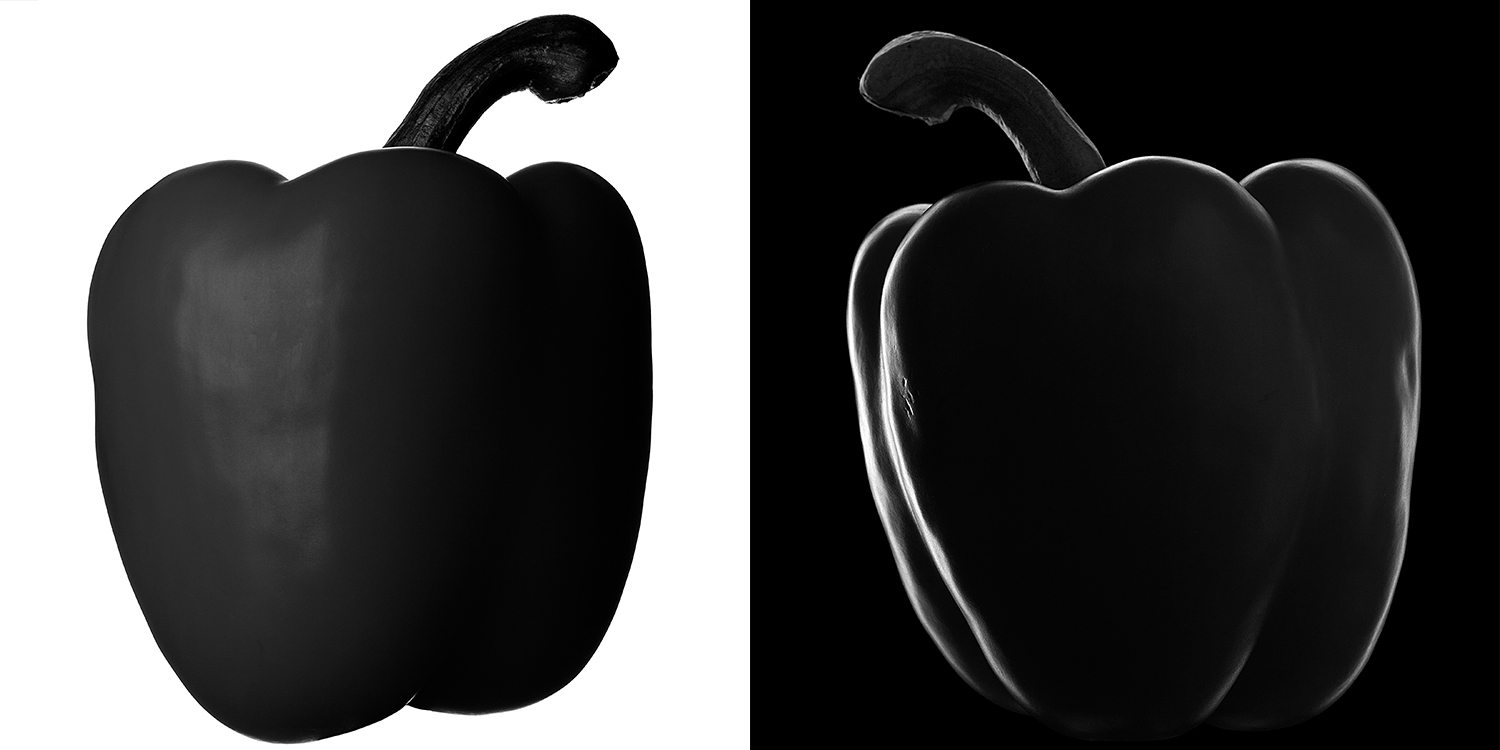 I know this is most likely going to come out sounding a bit odd, so I’m just going to go on and say it. I had a dream a few nights ago about bell peppers. They weren’t evil or anything. They didn’t chase me around and try to cut me up to put in a salsa. It was really just a dream about a beautiful bell pepper, much like Edward Weston‘s iconic shot of his pepper. It seems anything else I could write to explain the process would border on being pretentious so I’ll just leave it at that. I had a dream about bell peppers, therefor I had to photograph bell peppers so I’d stop thinking about them and this is what happened. Bell Peppers on white and black.